Technology is advancing by leaps and bounds and trying to accommodate the ever-increasing needs of humanity. As the earth gets cleaned to accommodate the rising human population, the real estate and construction industry is booming. Consequently, real estate companies are trying to beat the competition and stay ahead of the curve by providing innovative, intelligent, and integrated housing solutions to their customers.

In the recent past, there has been a massive disruption and technological advancement in these housing solutions. Most companies and agents are providing integrated facilities so that their customers do not avail of their competitors for separate amenities. One such critical innovation has been the development of the ‘Digipyro’- a system that efficiently implements motion detection and therefore poses several benefits for housing societies and solo residential premises.

Specific advantages of the Digipyro:

The Digipyro has already created an immense impact on the lives of Americans over the years. For people desiring to live in better housing and residential communities, the Digipyro has been a revelation! It has solved several issues regarding motion detection and made things simpler. The Digipyro has not only been limited to residential premises and compound security. Instead, its advantages have extended far beyond. Even traffic and transportation problems have been simplified with the help of this advanced device. Surveillance and remote sensing are some of the most excellent advantages that Digipyro offers with its small, portable build. The following list contains the visible advantages for which you would like to possess a Digipyro.

Limitations of the older model of the Digipyro:

Although being a modern technological offering that simplifies several complex issues, the Digipyro had a few limitations. One of them was the immense voltage requirement that powers the device and enables it to run appropriately. The supply voltage requirements were relatively high with the early models of the Digipyro, and it would cause immense electrical consumption, leading to adverse environmental and other impacts.

The 1500 series of the Digipyro models have several critical facets increasing their popularity and demand across the markets.

One of the most significant perks that the pyq 1548 quad element low power Digipyro offers is its immensely low supply voltage requirement. It can run efficiently at 1.8 to 3.6 volts and provide appropriate compatibility with other devices. The low supply-voltage requirement ensures the following-

The latest Digipyro models are immensely energy-efficient. The upgrades in these models promise minimal energy consumption, which can be put to great use in infrared motion detectors.

The pyq 1548 quad element low power Digipyro gets its USP from the ingenious Wake-Up/Sleep mode. It is one of the latest features that promote power savings and even amplifies the device’s service life. As a result, you can use this Digipyro for an extensive period of battery-operated motion detection.

The low-power Digipyro takes care of motion detection. On the other hand, the powerful presence of the hosting microcontroller ensures the device’s power-saving mode and turns it to sleep/hibernate. But even when it is in sleep mode, the low-power Digipyro signals the microcontroller to wake up and start acting accordingly if it detects any motion.

Since the pyq 1548 has the quad-element configuration to it, this version of the Digipyro is ideal for sensor applications that are ceiling-mount.

The pyq 1548 represents the quad element version of the low-power Digipyro. It is a second-generation device employing one of the latest elemental versions of its precursors. Most of the functionalities mimic the other models of the 1500 series like the-

Because of these, the Digipyro has enhanced functionalities like the power saver mode, service life extension, and others that make it the most appropriate device for portable, battery-operated motion detection.

The superlative reaction time of the pyq 1548 Digipyro is because of its range of functionalities. Apart from the quad-element option that offers ceiling-mount sensor capacity, it comes with a compact package and commands a superbly extensive detection range for any kind of motion. Thus, it is one of those smart devices that are ideal for improving your living standards and simplifying several problems of humanity like surveillance and motion sensing.

Understanding What The Tableau Platform Is Capable Of 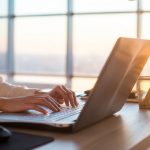 The importance of a great online experience